Mark it down: 9:35 a.m. Wednesday, Aug. 10. We’ve reached the peak (nadir?) of sports’ slow season. You know it’s the doggiest of dog days when ESPN is killing time with Little League World Series coverage. No disrespect to the youth, but I’m not going to subject myself to watching children’s athletics until fatherly — or uncle-ly — obligations require I do so.

Whatever way you get your sports news (thank you for reading Deadspin, by the way) the feed is bleak. Today I woke up and read that “NBA teams are monitoring Nico Mannion.” Monitoring for what, smallpox? Oh, to get back in the league. I didn’t even know he played overseas.

In other NBA news, Ben Simmons responded to reports that he left the Nets group chat after teammates asked him if he was going to play in the playoffs, tweeting, “😂 Slow news day.” He also retweeted a clip of Shams Charania defending him on the Pat McAfee Show, so as much as he wants to disregard it and go back to modeling designer clothes on the bench, or shooting uncontested jumpers in the local Y-league game, he felt compelled enough to react.

Simmons hasn’t seen game action in over a season, and until he does he should be on the lifetime 86 list. I’m not sure if all kitchens do this or solely fancy hotels that cater to unreasonable customers, but a place I used to work at straight up nixed certain dishes forever — adding them to the lifetime 86 list that hung in the chef’s office — because a customer would see another diner eating risotto, order it even though it’s not on the menu, and all of the sudden a line cook is spending the whole shift stirring fucking risotto.

Cooking risotto is extremely monotonous and time-consuming, which is how I’d describe penning a Ben Simmons article or a preseason breakdown of any team. There’s only so much speculation, and previous seasons’ stats, I can offer before my limbs start going numb due to boredom.

CBD for active lifestyles
In both topical and capsule form, Elixinol CBD line is THC-free CBD that helps your muscles recover.

If I read (or write) another NFL training camp story I’m going to suck my eyeballs out of their sockets with a hand vac. (Side note: Editors, I might need to dictate to you my next piece. I hope you’re ready for a six-parter on the rise and fall of Carson Wentz.) (Editor’s Note: You’re on your own!)

Fox News ran an article about how the NFL and ESPN edited “God and Jesus” out of the pull quotes in their retweets of Trevon Diggs’ son talking at Cowboys’ camp even though both outlets shared the video in its entirety. For the record, he was extremely cute, and that should’ve been the angle.

The faux outrage was so egregious that I almost dialed up some fake ire of my own, but opted not to because I love God and Jesus, too. (Joking, I’m joking… Unless you’re reading this, dad. In that case, yes, I thought about going to church Sunday. However, when I woke up, I decided I wasn’t going to waste an hour of my day off.)

The most maddening thing about all this is I shouldn’t even be here. No, not at work. I meant like here, as in the dregs of sports writing in August. We should all be enjoying the World Cup and luxuriating in the beautiful game. While bloggers’ content sources drying up is toward the bottom of the list of why Qatar should not have the World Cup, it’s still a reason. Thanks a lot, FIFA. The molten-hot host country did move the start of the tournament ahead… by a day, which made the New York Times.

Thank the lord the Premier League started last weekend, or I’d have to think of another way to talk shit about the Yankees. I will probably have to do that anyway, but both my doctor and my therapist said I have to ration my negativity or risk bleeding from my ears.

If ever there was an opportune moment to announce your retirement, this is the week. Until football starts, I vote we either watch old Serena Williams tournaments on a loop, or go outside and try to find different surfaces to fry eggs on. Both are preferable to scraping crusted remnants of NFL stories off the bottom of the scorched pot. 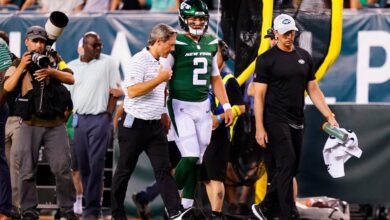 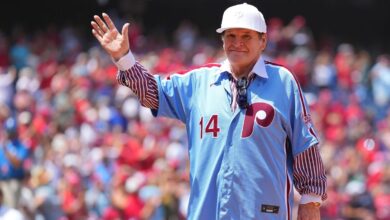 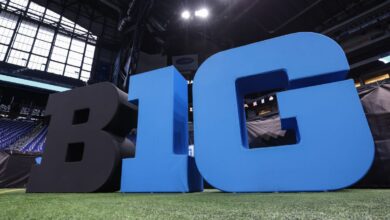